For a long long time I have always thought, or assumed that drawing would be something out of my artistic range. In school when we had to draw a scenario with people in them, I would always dread it, simply because I can never draw a realistic looking person. They would be out of proportion, had a funny face and what nots. And I have always envied those of my friends who can draw. So from that time on, I have never had the inclination to sketch anything that's human or animal. I only drew motifs and tattoo-like designs.
However, since last week, everything I thought about me+drawing, changed.

I don't know what exactly inspired me to pick up the pencil and start sketching dragons. Maybe it was my 5 year old who gifts me drawings after drawings of wonderful girls in motion (she loves to draw, unlike her mommy). Or maybe it was a message in etsy where there was the mention of a Phoenix, or maybe it was the really amazing artwork I saw on a friend's facebook feed. Something triggered me, or rather, they ALL did it because one morning last week, I woke up and all I wanted to do was to learn how to draw a dragon. And so I researched on the internet (Youtube) and started devouring videos after videos on dragon drawing. I googled dragon artwork and tried to decipher what constituted a dragon since it wasn't a real creature that one could observe in the flesh. After a day, I made my first dragon. That was on the 10th of May. In the subsequent 5 days, I had made 6 dragons heads.

Here are the first four dragons I sketched ... No. 1 being Tatts. That's my first dragon drawing. 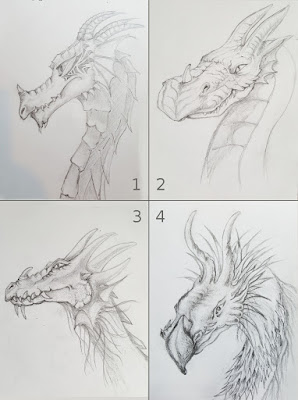 And then in the next three days, I drew Smirk, Al and Cocky.
Of course, I was hooked by now and I drew another two.

I was genuinely surprised that I could draw a decent looking dragon. Nothing like those fancy ones I see on Deviant Art, but they were decent. And then a rebellious thought came to mind. What if ... what if I tried drawing faces. Like human faces. I still had a little phobia with drawing humans, but I just needed to know if I can, or cannot draw a proper face. So I made my first human face on the 14th May. Since my daughter really fancied Sebastian Stan after watching Captain America : Civil War, I used one of Stan's photos as drawing guide. 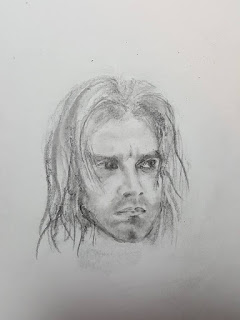 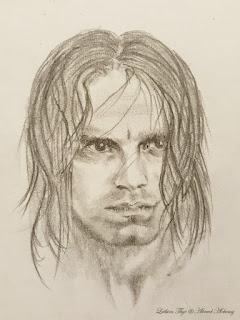 I actually did two Sebastian Stan as the Winter Soldier. The results looked nothing like him, but it was an encouraging start for me ... I can ACTUALLY draw a face! A human face!! Yipeeeeee!!!

I couldn't stop there knowing that I can go further. So I relentlessly drew. I haven't stopped drawing until today. Here is a chronology of the faces I drew and the dates I drew them. I still cannot believe the progress I am achieving. It shows that nothing is impossible if you put your heart into it. And I really put my heart into this.

And then by now, I am as smittened with Sebastian Stan as my daughter is LOL!! So another one of him on the 19May.


Today is the 20th May. It's been 11 maybe 12 days since I decided to learn how to draw ... dragons and humans. I don't know when I will make myself stop drawing, so that I can go back to my other art forms (I do need to make some books and jewelry soon!!). But to top this journey off, I made drawings of my daughters today :) 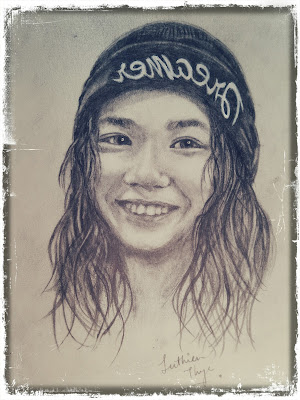 And this is Maia ... she's my 5 year old drawing princess! 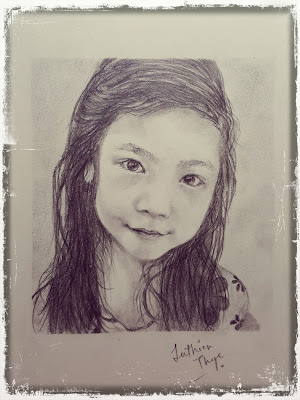 I never thought I would enjoy drawing so much. I am so glad I gave it a try again after 30+ years.

Posted by Luthien Thye 18 comments:
Email ThisBlogThis!Share to TwitterShare to FacebookShare to Pinterest