and D for December!
My goodness! Is it the last month of the year already? NOOOOOO!!! I'm going to be a year older AGAIN!!??

Enough Drama, but D is a wonderful alphabet ... if only to represents some of my favourite things like Dragons, Dracula and even December. December means Christmas eve is near, which means we'll be doing our yearly gathering at our friend's place where he'll cook the most sumptuous Christmas eve Dinner for us. But it's not only the Dinner, it's the Conversations and the Company. Looks like C sounds as good as D ;)

Ahhh ... got carried away. I actually wanted to show you my first D for December ... 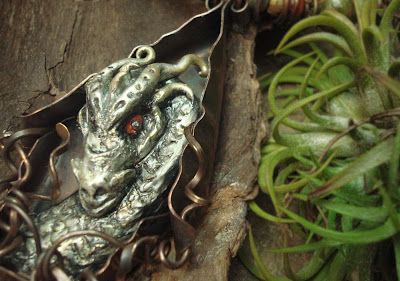 Dragon! Yes!! My first time sculpting a dragon with clay. 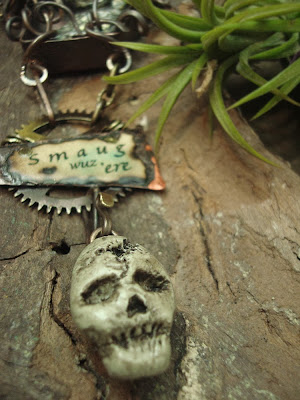 Greatly anticipating The Hobbit 2 next week, I couldn't help myself but to have a version of my very own Smaug. This is Tales of a Dragon. 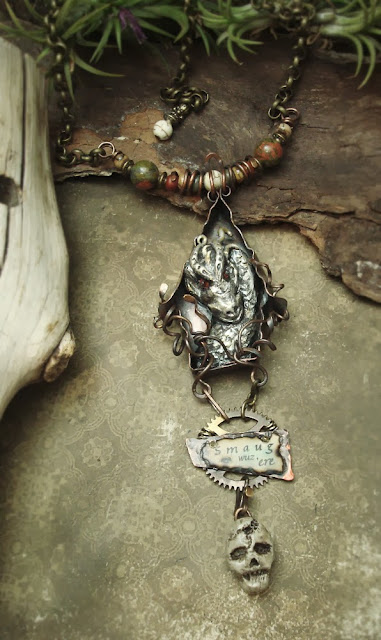 This piece is meant to be playful, with a little macabre undertone. I'd imagine this being hung outside an old Medieval drink house. But yet, who in those days would even understand the acronym “wuz 'ere”? Tsk tsk tsk ... 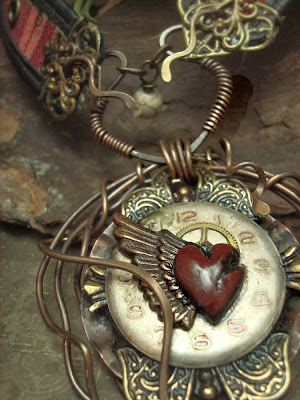 This is D for Dance of Darkness. 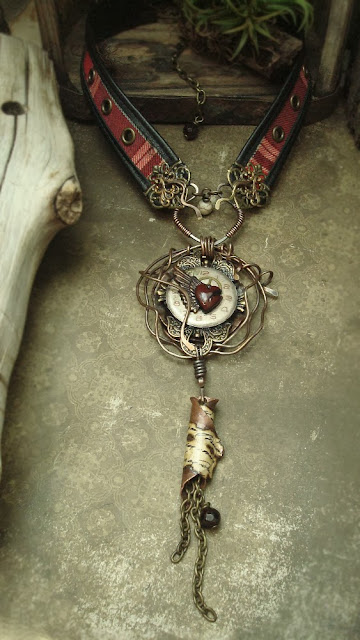 Inspired by the latest reimagining of Dracula, this mixed media piece seeks to incorporate all the elements I loved in this mini-series. The meeting of old world opulence with industrial steampunk create a universe of wonderment, where business dealings, lust, power, world domination and secret societies all stewed into a cauldron of vampiric soup. Yet all of that would pale in comparison to 4 centuries of undying love. Imagine loving someone for 400 years only to discover she's now at arm's reach … yet … unattainable, for she has already promised her heart to someone else.
Or has she?

Aye ... my month of December put to good use :) Besides these 2 babies, here are some Dangles I made as well ...


This Damsel is indeed pleased :)

Before I go ... I just wanted to share another photo with you. I was going thru some old pictures this afternoon and saw this bunch. They put a smile on my face. These were my first 5 pieces of jewelry. Checked and they were dated August 2009. 4 years on ... how different visually my work looks now, yet deep within it is still exactly the same. I am still inspired by exactly the same things I was 4 years ago. 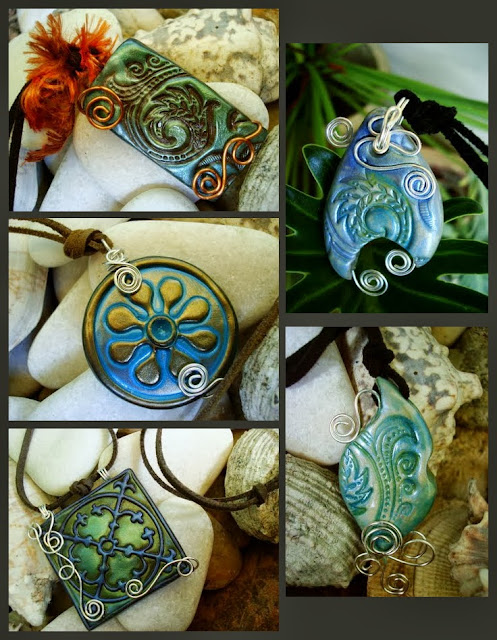