of journals and imaginary worlds

HAH!! didn't expect me to be back so soon eh? I surprised myself too! When I blog it means I have been sort of productive ... oh YEA!! Within a week I made 2 journals. Sometimes it take me weeks to come up with one, but when the juice is flowing ... there's no stopping me. Of course the downside to that is I become zombified cos I don't sleep. But sleep deprivation is but a small price to pay when you get to visit the worlds I do when I'm in my ON mode :) Here are the 2 babes I made ...
the Book of Making
For a thousand years she sleeps, in a vessel made of crystallized Amber. The Lady of Llewryad clutches in her breast her people's most priced inheritance … the Book of Making. 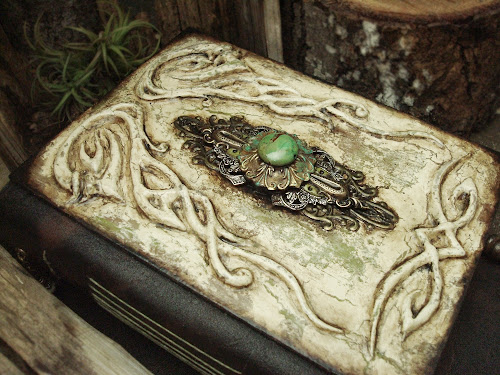 For thousands of years, the Dryad Queen and her children lived deep within the Woods of Llewryad. The world on the outside was so filled with greed and deceit, that it pained her to see her innocent children slaughtered without mercy by the Mortals for pleasure and profit. And so she decided to create for her children a safe haven where they could live free and without fear. But in order for her to do that, she must summon the ancient magic which lies within the Book of Making. Though ... this does not come without a price.

The Queen begins to weave into existence a world free of fear for her children. As she dances and chants the ancient magic verses from the Book, the Woods of Llewryad began to fade from the Mortal world. After many moons of dance and chant, the Woods of Llewryad have altogether disappeared from our knowledge. The fabric which hides the Fae world from the Mortal world has been created at last. Weary from toil, the Lady of Llewryad falls onto the ground into a deep sleep. Her children cased her in a vessel of crystallized Amber so that she may rest in light and peace until the day when their Queen rises again to rule over them. 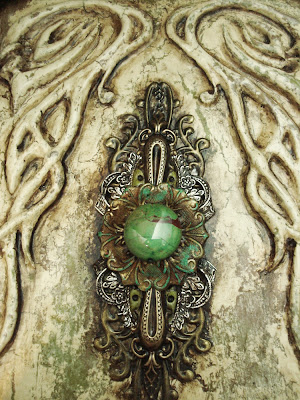 For many years, the Children of Llewryad lived a peaceful and care free existence. Or so they thought. As the centuries passed, and with no Queen to guide them, a darkness has sprung amongst the saplings. Its power grows and grows, and it yearns to reunite the world of Mortals and the world of Fae once again. But in order to do that, it must get its hands on the Book of Making. For you see, hidden within the verses of the Book, exists a spell so foul, that no one ever speaks of it. It is ... the Spell of Unmaking. 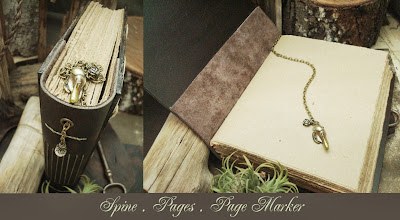 the Navigator
The Navigator bows deeply to his King, and solemnly pledges his life to the secret mission. He is the Empire's only hope, and his ailing King's only chance of survival. 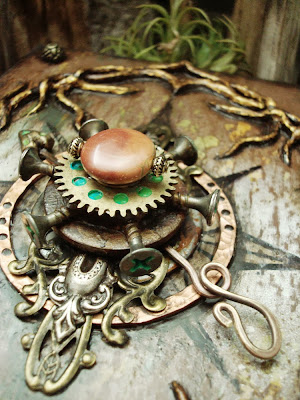 The ancient Tree of Life is believed to inhabit the deepest, darkest jungles of the realm of Pha Thoar. For thousands of years many brave men have crossed the Emerald Sea in search of this legend, in hope that once found, the ancient Tree would grant them every man's wish ... the Fruit of Eternal Life. But none of them have ever returned to tell their tale. It is said that none has ever made it to the realm of Pha Thoar, for guarding the only path to this realm is a creature that not many dare mention its name. The demon Kraken has been the guardian to the Tree of Life from the beginning of its creation. 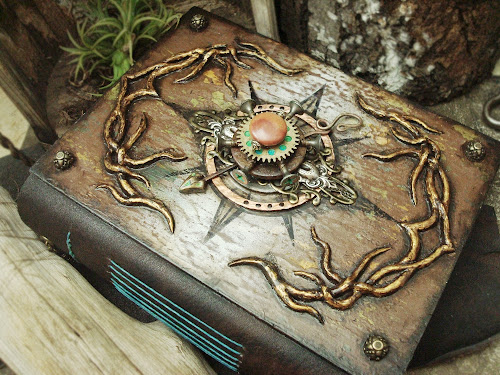 The Navigator sets sail towards the direction of the Emerald Sea. In his hand, he holds an ornate looking journal that his King has given him in their private audience together. He gently brushes his finger tips across the cover of the journal, marveling at strange mechanism that sits in the center of the book. Enthralled, he began to open the book, only to be dismayed at what he saw … or didn't see. There was nothing in the journal. And then he remembered that the King has told him not to open the journal until he has passed the line of division between the blue and emerald waters. For the book would only reveal its true self when it feels the energies of the Emerald crystals that lies at the bottom of the sea. The King also told him to keep the journal close to him at all times, for within those pages is the way to deceive the demon Kraken, but more importantly, the path to the legendary Tree of Life. 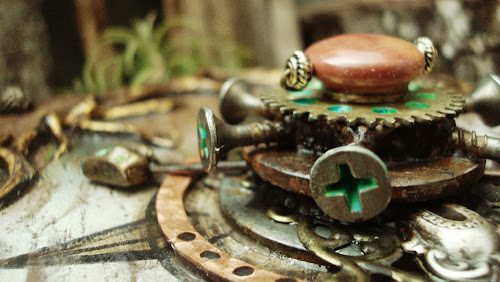 Three months to the date, the Navigator finally sees the line of division between the blue and the emerald waters. He nervously took out the journal and waited as the ship sails across the line of division. But before he could open the book, the mechanisms began to move on its own, revealing to him all the secrets hidden within the pages of the book. Excited, the Navigator began to read what is written in the book. So engrossed in its content, the Navigator never noticed the peculiarly large waves coming nearer and nearer towards his ship ... 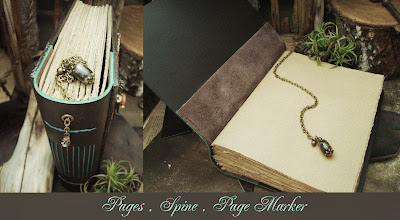 Mirror Mirror on the Wall
I totally forgot to show you this in the last post ... This one was made a couple of weeks ago as a commission piece for a customer who loved fairytales when she was a kid, and she wanted to rekindle that memory. Only ... she wanted it Grimm's style :)
So I gave her my interpretation of Snow White, Grimm style ... 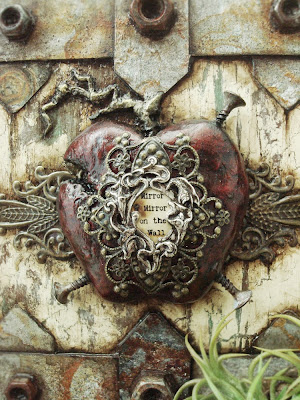 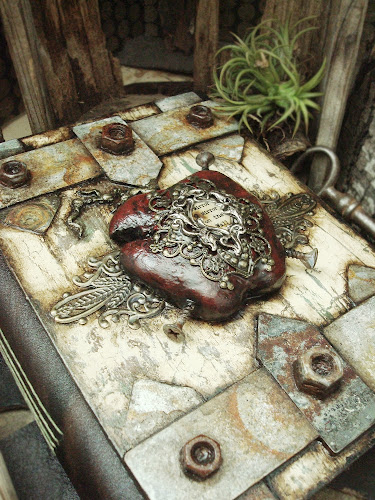 Turned out I was really in love with it ... nearly couldn't part with this one :)
Posted by Luthien Thye
Email ThisBlogThis!Share to TwitterShare to FacebookShare to Pinterest