They were deeply in love, even though they were as different as night and day. He was the King of the Dark Realm, and she was the Star-Child of the Realm of Light. But she would follow him into the darkest abyss if he asked her to. He could never ask that of her; for if the darkness didn’t kill her, his Dark Queen would. There was only one place for both of them to have a chance to be happy. There was a place where neither Dark nor Light could exist. It was the Void.

He created for her a Mansion from black steel. Once she entered, she could never exit. It was not to imprison her, but to protect her from the Void. The Void could literally suck the light out of her. Within the Mansion, he created never-ending meadows and woodlands where she could roam, luscious gardens full of flowers and a home filled with shelves and shelves of books that she loved so much. He promised to see her whenever he could get away from the Queen. They laid in each others arms until the sun set. It was time for the King to leave. But before he left, he created for her a gift so precious, and he begged her to wear it on her neck at all times. It was an amulet that would protect her from all dangers. But most importantly, this amulet was the one way to reach him. Whenever she would need him, she only had to gently tug the quartz on either sides of the amulet and speak “Beloved, I need you” ... and he would appear before her instantaneously. With that, the King gently kissed his concubine on the lips, spread his wings and disappeared into the Void.


This mixed media necklace took me many hours to conceptualize. It began its life with the synthesis of metal with fire, paint, resin and clay. 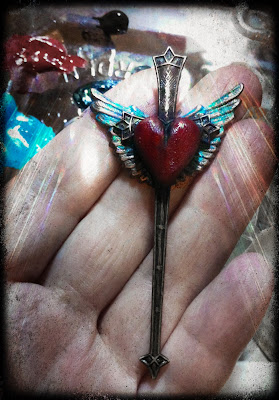 And then it morphed into its current “creature-like” state, 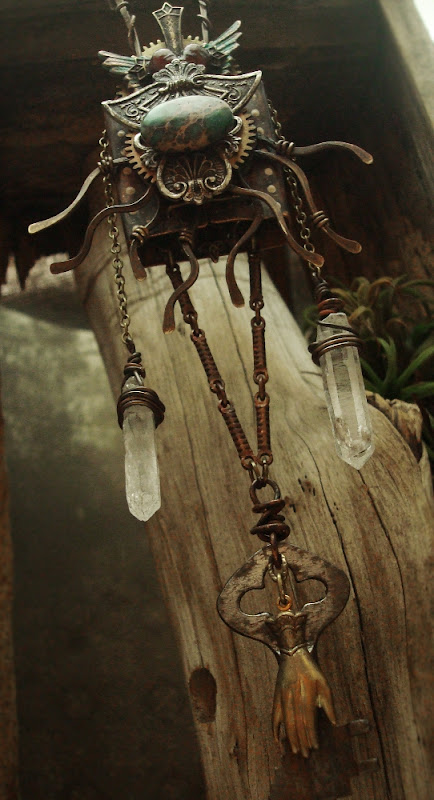 yet still retaining some form of fantasmal elegance … so I hope :) 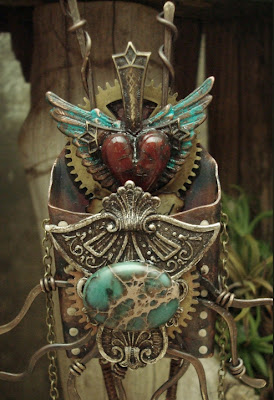 From concept, I now wanted to add the mechanics that I dreamed that it could do. There were plenty of constructions and frustrating deconstructions, but it was all worth it when I finally got it to work the way I wanted it to work.


And I am tickled pink with it! 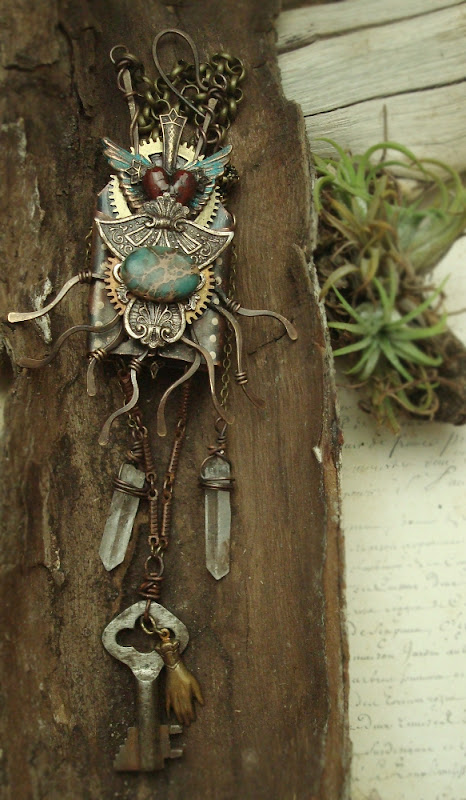