In my last post, I unintentionally started a new line which I called the Hidden Series. It began with a dream I had. To read about the dream, go here. A friend over at Facebook, Teena, then suggested a scroll for my second Hidden Series piece. And so I took up the suggestion.


The conception of the scroll vessel ... 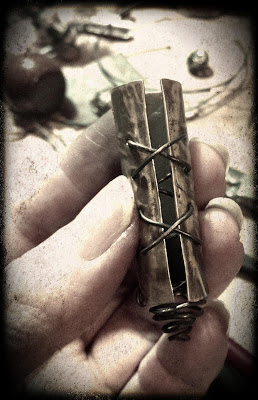 and then, it developed into this ... 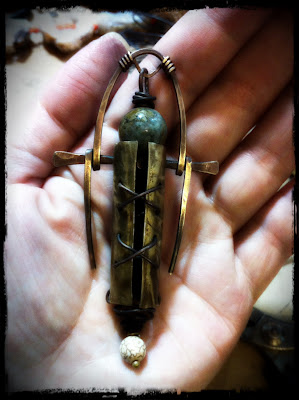 The hidden message within the vessel was inspired by a conversation between me and a friend. She was contemplating if it was worth it to fight for something that she really wanted. In the midst of that conversation, I was reminded of a thought that ran across my mind on my birthday earlier this year. I thought to myself, I have already lived more than half my life on this earth, and if I’m lucky, I’ll have perhaps 35 more years here. I told myself that I want to make each moment worth it … That is the very quote I chose to house in this scroll vessel. 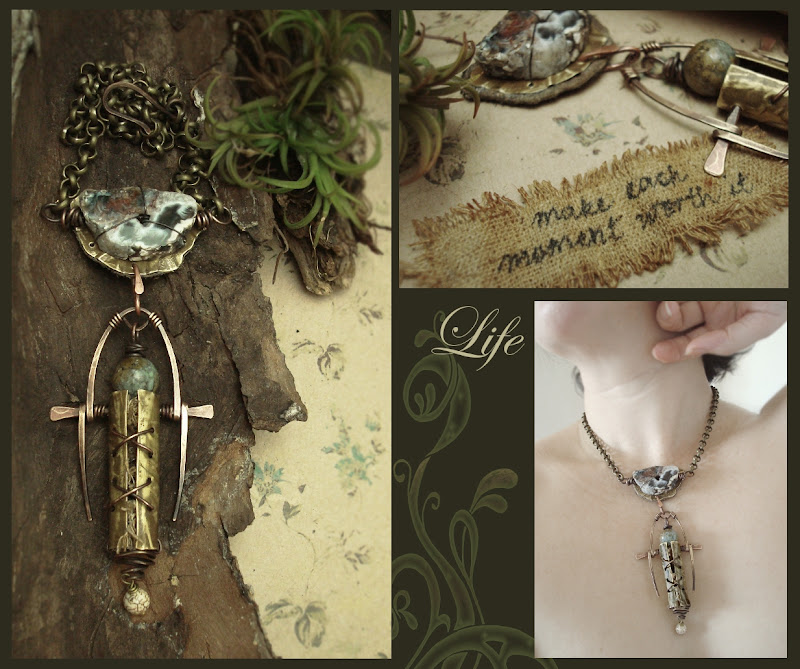 This was sold within seconds of listing ... to Teena :)

So far, the Hidden Series seems to be inspired by friends who surround me everyday with positivity and great energy. Again in my next Hidden Series piece, I am reminded of another wonderful friend and sculptor, Barry Smith’s concept of “Daily Words”.  Barry would stamp words on repurpose metals and put them in metal shrines/bowls he creates. Each morning he would pick up a word and hold it in his palm. How wonderful it must be, to feel the coolness of the metal and to feel the energy of the written word permeate through one’s body.

With that as inspiration, I decided to create a miniature book with hidden Words of Light, hidden within a miniature house. This mixed media necklace mainly comprises of repurpose copper/brass (also courtesy of Barry) and mixed metal wires. 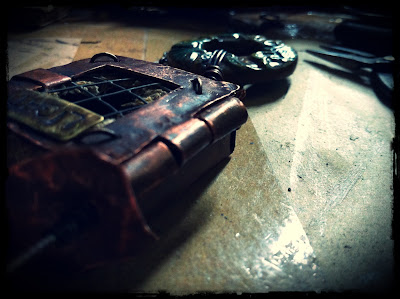 The house is a totally no-solder piece where the corners, hinges and wire-mesh are all folded, tied or bent into place. I would like to think of it as a piece of metal origami creation :) 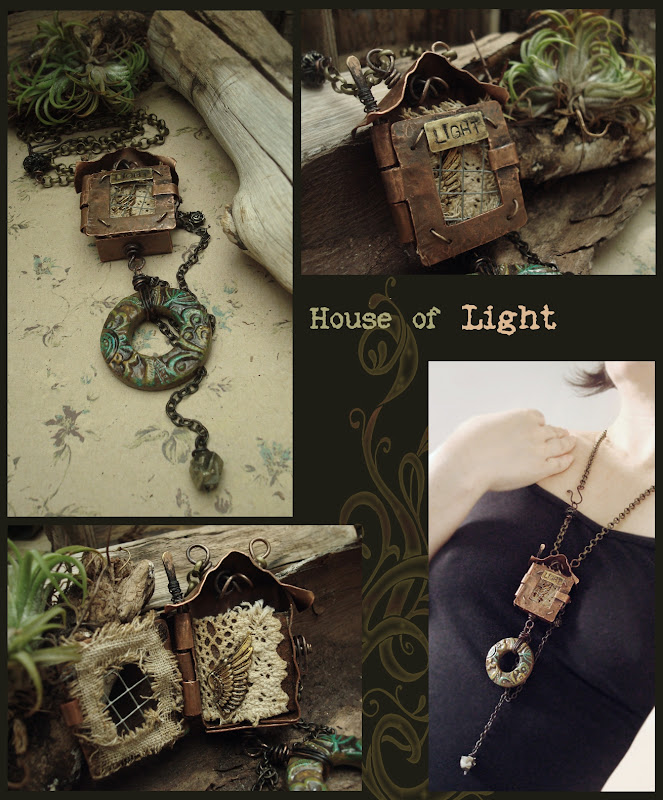 The little golden wing on the cover of the book signifies light. It peeks thru the wire-mesh when the door is closed, just appearing under the word “Light”.

The miniature book is handmade out of leather, lace and coffee stained pages, and is removable from the house. The Words of Light within the book are from an old novel. These are some words that I gravitate towards. 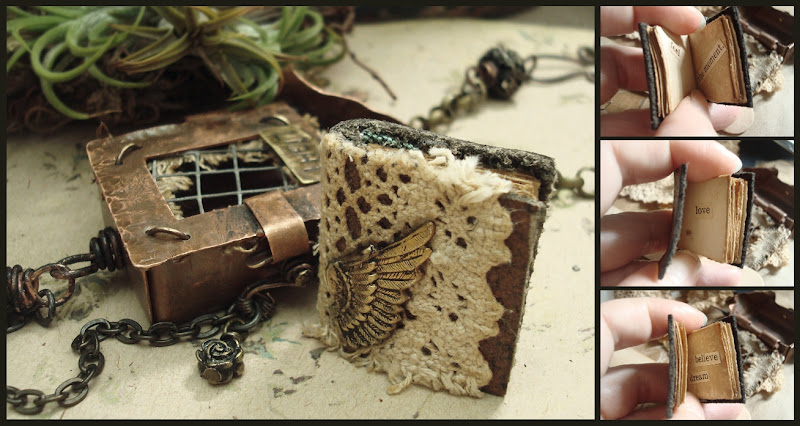 I'm pretty excited by the potential of this series ... let's see what inspires me next :)
Posted by Luthien Thye
Email ThisBlogThis!Share to TwitterShare to FacebookShare to Pinterest