the joy of making things (happen)

it's been 3 weeks since my last post ... i should be blogging more frequently! but networking has evolved so much since i first started blogging. i can say that i used to have only 1 place to show my work and talk to everyone, now there are loads of places to do that in a more micro way. I feel that sites like FB, Pinterest, Tumblr have actually taken away some of the audiences from the conventional blogging avenues, whether it's for the better I dunno. I guess that audiences are different. the audiences at places like Pinterest and Tumblr prefer just to "look" whilst people here would still read what you write. and for me, it's always a joy and a luxury to have some time to myself and sit in front of the screen to just write.

what do you guys think about the different networking avenues? which ones are working for you better?

in this 3 weeks i have been quite prolific *(: smug :)* ... well, for me it's considered prolific having to run around like a headless chicken most of the time! In this time i made, in the first batch, 3 pieces inspired by Emily Bronte's Wuthering Heights. and all becoz i caught the BBC series of it on YouTube!

Emily's Moors was inspired by the ruggedness and the desolate beauty of Emily Bronte’s moors as described in the novel. The chain of the necklace was made of dark annealed steel wires twisted around a variety of brass tone findings and shimmery glass beads to capture the twisted heath that grow within the moors glistening in the morning dew. 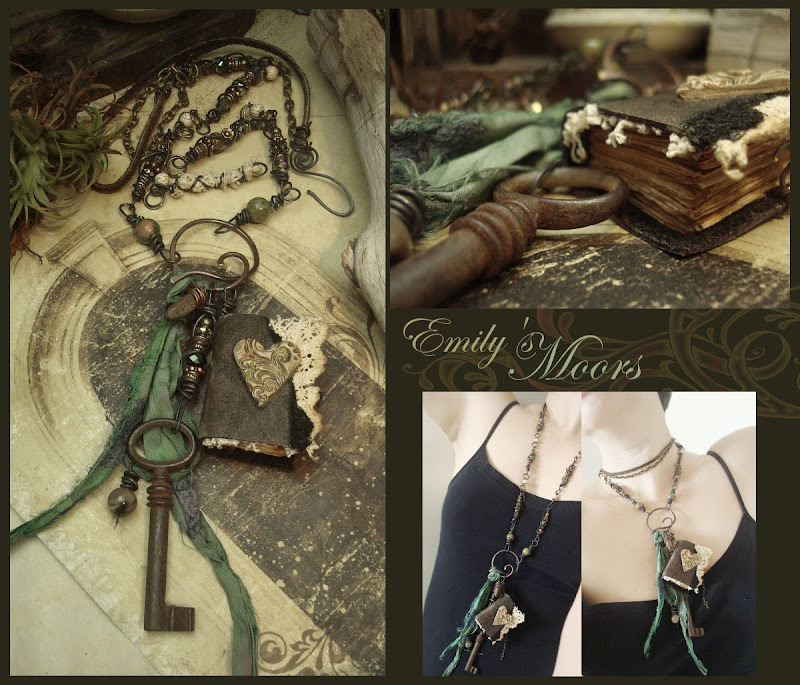 “If all else perished, and he remained, I should still continue to be” ~ Catherine Earnshaw
this next piece, i've named it simply ... Be. 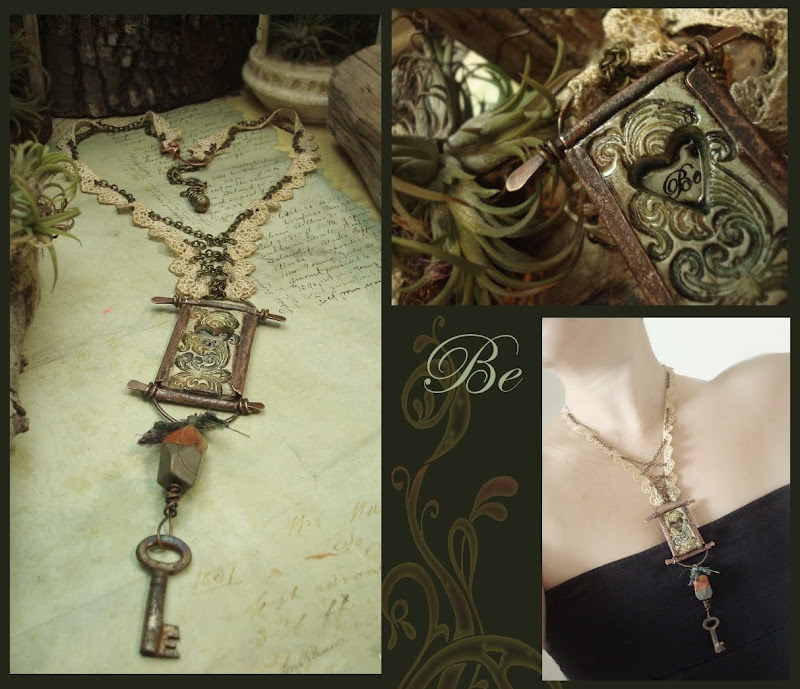 and all of this culminated to a rather dramatic journal... the Secret Diary of Catherine Linton
“My love for Linton is like the foliage in the woods: time will change it, I am well aware, as winter changes the trees. My love for Heathcliff resembles the eternal rocks beneath: a source of little visible delight, but necessary. Nelly, I am Heathcliff!” ~ Catherine Earnshaw 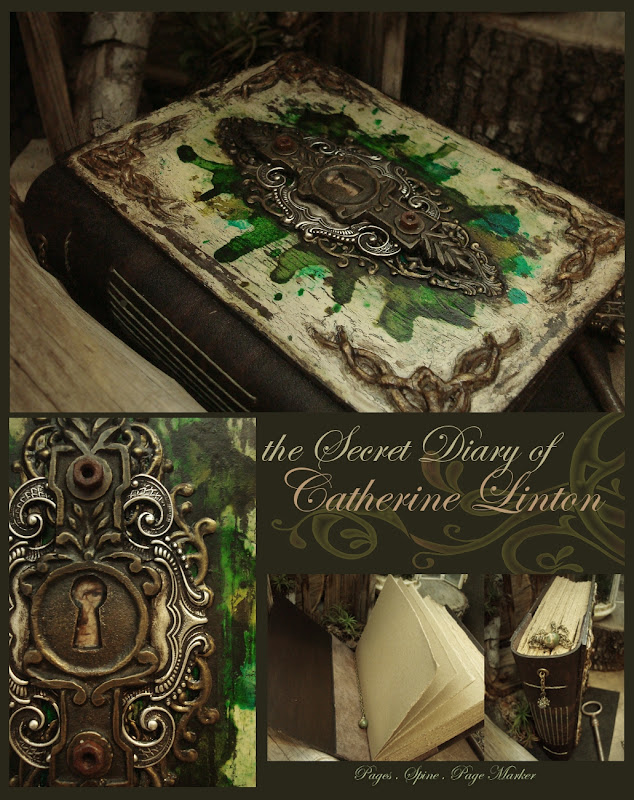 If Catherine had a diary … what secrets would lie within those crumbling pages? Even after becoming Catherine Linton, she could not forget him. She could never forget him. Theirs was a destructive love, but there was never a doubt that it was passionate and unyielding. Only in death, could these two tormented lovers reunite once again.

the one feature that had me thinking for a long time and eventually decide upon, was what to put inside the escutcheon. within the keyhole is the eye of Catherine's one true love, her tormentor and her murderer.

after easing off Wuthering Heights for a bit, i did manage to make some random pieces. inspired by my fren Barry, i tried my hands on a little bit of foldforming ;) if you can call this that. this pair of earrings i called Q & A 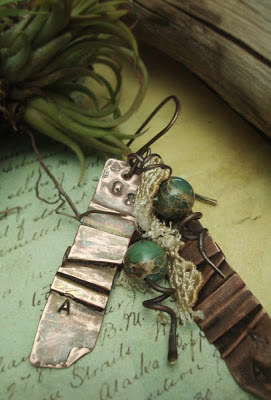 after a lot of rather heavy stuff, i just like to relax with a happy whimsical piece. so this one is Kiss Me In November :) 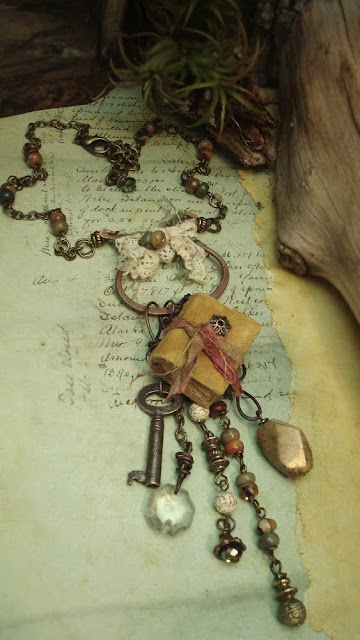 finally, i made another one of those birdhouse pieces. this time, i had lined 3 miniature books inside. hence, Library was born. 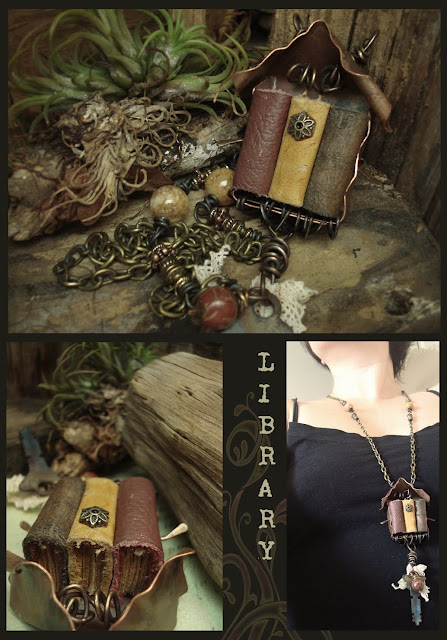 and as if i didn't have enough on my hands already ... one day i just spontaneously decided that i wanted to write a tutorial and put it on Etsy. so i wrote a 39 page tut on Project Library, complete with thorough descriptive instructions and 80+ instructional photos ((O_O)) stressed me up quite a bit, but am proud to say it's done and listed now :) 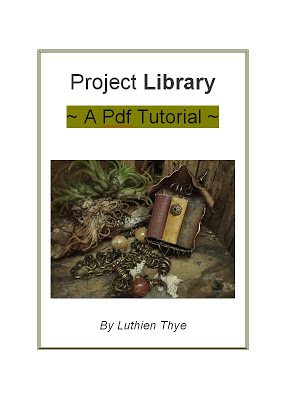 wow!! now that i have had a good look at this post ... i was REALLY prolific!!


Posted by Luthien Thye
Email ThisBlogThis!Share to TwitterShare to FacebookShare to Pinterest