i should be blogging more often but seriously time must be playing tricks on me. chunks and chunks of it just seem to disappear from the face of the earth ... well, my earth that is. have stopped taking commissions for a while just to chill and not have to make art whilst fighting with time. takes away all the fun.

one of the last commission was an earring. when i say an earring, it really means 'an'. she only wanted one. so i made sure that it was good enough to go solo :)

named her Uni'q ... i'm actually quite smittened with that name HEH! 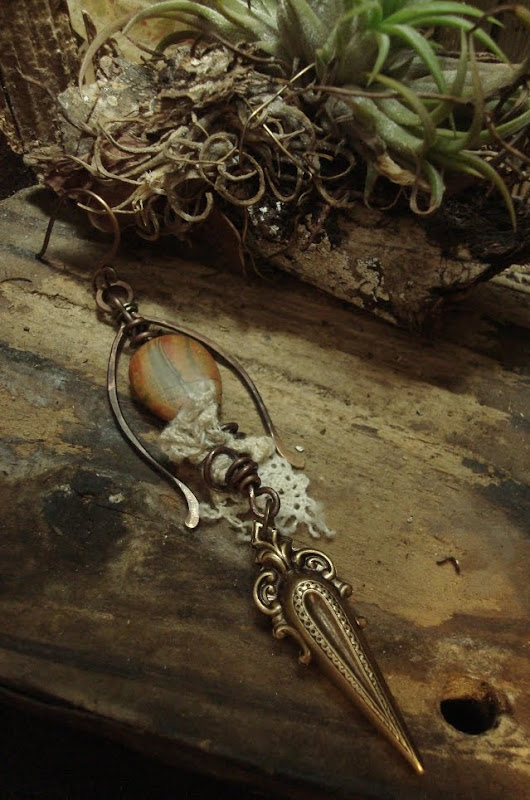 after Uni'q, i managed another 2 books. i've been thinking of revisiting some of my older designs. so i took the opportunity to go Celtic this week. 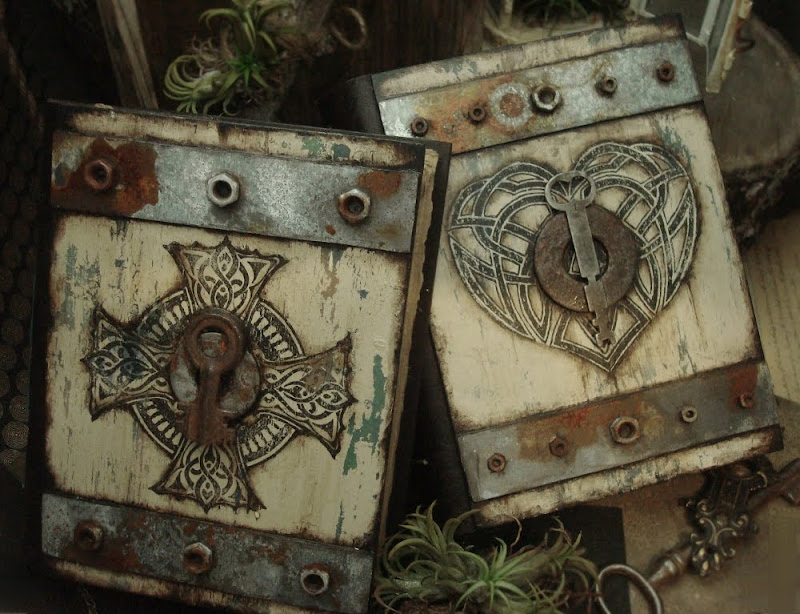 the Book of the Brotherhood and the Book of Celts ... both i love so very much! and also very thrilled at the fact that the motifs in the center were designed by moi, and then made into stamps. took me quite a while to sort out the over-under line crossings tho! 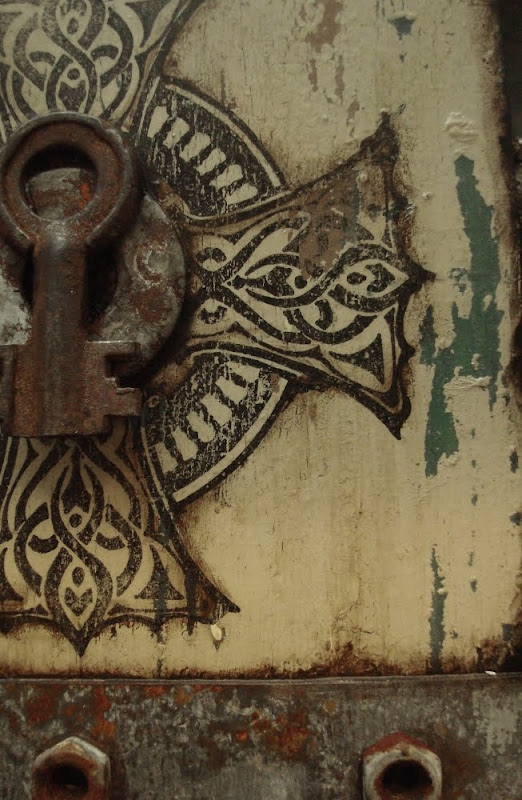 also love how this batch of rust turned out. beautiful patches and colors. even the shine-matt combination on the galvanized zinc seem so natural. 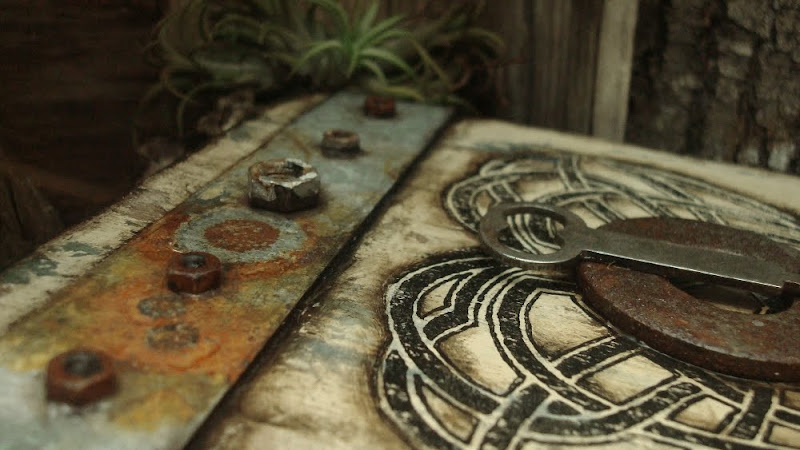 these books that i make take so many hours to complete. rusting the metal parts have to be done days before and closely monitored so that i get a good combination of rust and grey metal. and then the artwork itself, the background distress effect, the shading of the motifs to give them depth and the aging work. also, i have lined clay at the bottom of those strips so that they don't sit flat on the cover. there is a slightly raised edge ... just me being fussy ya know. but darn ... that took some time, becos we had to make sure that the clay was 'grouted' properly all round! yea ... me being fussy again! and finally, the pages are torn and sewn onto the leather spine. OOO!! i just bought a bunch of new threads that i am now in love with! Irish Waxed Linen ... should have used them ages ago!! they even come in beautiful colors :) now my celtic books ... one has Teal colored thread, the other has Olive Green ... MamaMia!!