After many years of blissful togetherness, the man and the woman decided that it was time to gather the sweet memories of their union and place them in a special place. The man took bits of his clothes and a rusted key from their favorite clock and assembled them into a book. This book, he called Time. 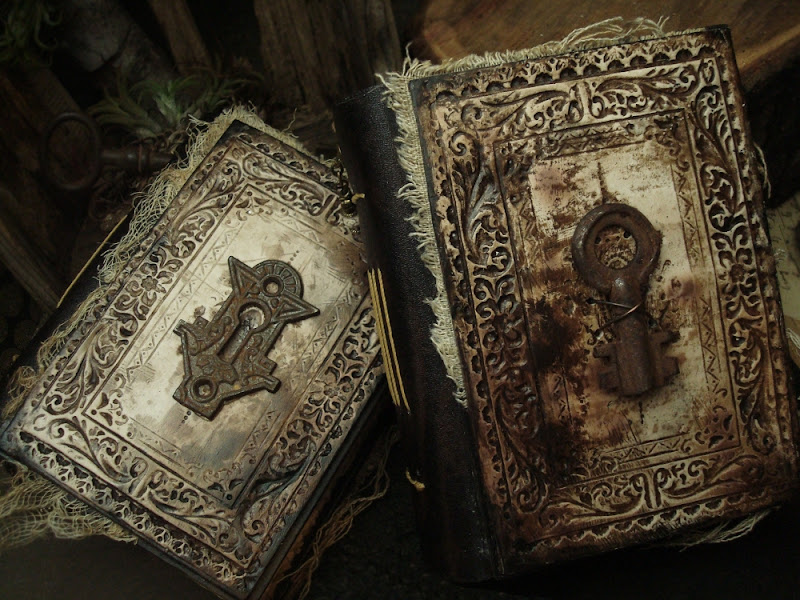 The woman in turn, took bits of her own lace, some old love letters that he had sent her and a keyhole from the door of the home they shared together, and made it into another book. And this, she called Place. 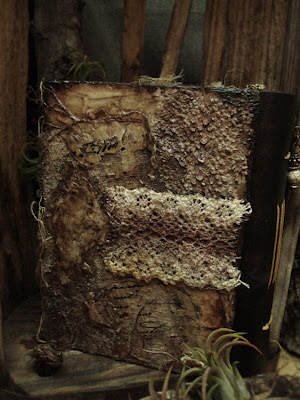 After a time, the man and the woman passed on from this world. In their hands, they cradled a book close to their hearts. He cradled her book, and she his. For it was a promise that they made to each other … that one day, in a different place and time … the books would come together, and their hearts would once again unite …
this was what i've been up to over the weekend and the beginning of this week. i have been itching to play with polymer clay after putting it away for a while. my pasta machine wasn't rolling too good and baking the clay actually caused my electricity bill to skyrocket ... so i thought, hmmm, not a good idea to polymer clay too often. but once in a while, the desire returns :) 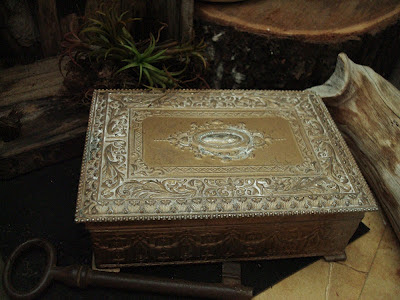 some time back i managed to acquire this beautiful trinket box from etsy. dun mind the white stuff tho, it's just some residual from the baby powder i used as releasing agent.. isn't the etching on the box cover just so beautiful!? you can see what lovely book covers this trinket box created simply by 'stamping' it on a piece of polymer clay and then aging it with acrylics. (of course ... it's never as easy as it sounds. took many attempts to get 2 close-to-perfect covers) 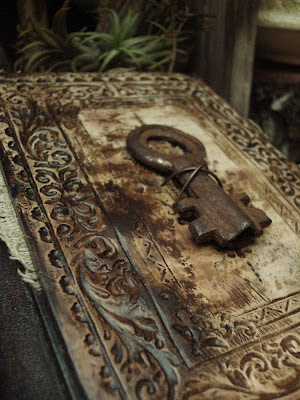 another piece that i really wanted to share is this cuff which i made last week. this is the Cuff of Eryn Laer. in elven, Eryn Laer means the Forest of Song. 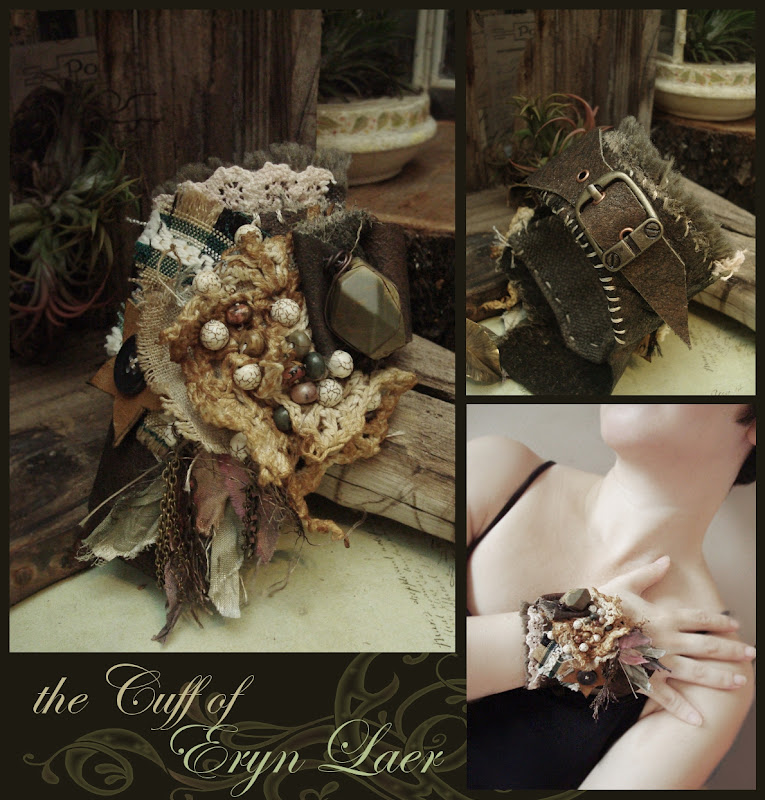 this time of the year brings much nostalgia, magic and romance ... it's Autumn afterall. Happy Autumn all ... and to my frens in the southern hemisphere ... Happy Spring!!