the past couple of weeks have been quite a roller coaster ride for me. between me and Maia, we had high fever for 2 weeks. started with me having another episode of a plugged duct. those of you who have breastfed would probably know what it is and how painful it can be. after that cleared Maia had her fever. really high fever like 40C for about 3 days before bursting into millions of tiny pink rashes called Roseola Infantum. and then the fever made a U-turn back to moi ... this time with a vengeance. i was practically lying in bed for a good 6 days with a backache that makes first trimester pregnancy, pale in comparison! (i had a perpetual backache then too). Man ... i have never had that bad a backache, which radiated all the way to my toes! they even had me do a blood test to test for Dengue fever cos the fever didn't seem to wanna go away and i'm popping paracetamol like a drug addict. but thank goodness ... it did go. finally. after a week.

and i could work again. commissions that should have been finished 2 weeks ago were added to the 'now' commissions, and rushing is no fun. but ... i did managed to come up with a journal that i'm quite pleased with :) remember my dark magic journal that's supposed to be inspired by Lovecraft? well ... Lovecraft didn't happen cos i just couldn't wrap my finger around that world. perhaps becos i haven't read that world. so i made a decision to make the Grimoire inspired by another world ... one that i have read. and i read all 5 books in 7 days :) it's by the author Karen Marie Moning and this was her Fever Series. just can't get away from fevers now can i?!

Darkness Rising was inspired by the concept of a book called Sinsar Dubh in the Fever Series. 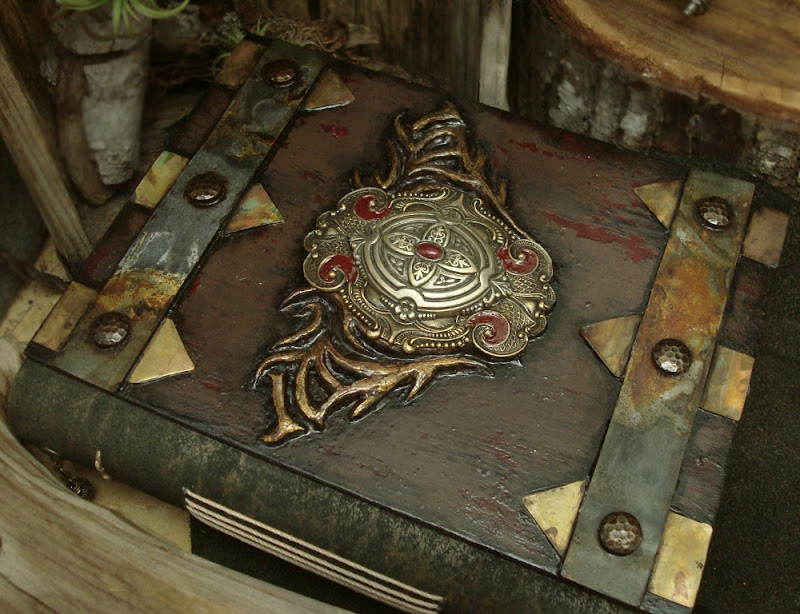 … as an act of atonement, the Unseelie King poured all of his dark side into a single Book, sealed it and promised never to unleash this darkness into the world ever again. In time, the Book was forgotten. But IT … did not forget. As eons passed, the Book took on a life of its own … and then, it was ready, to unleash itself into the world … 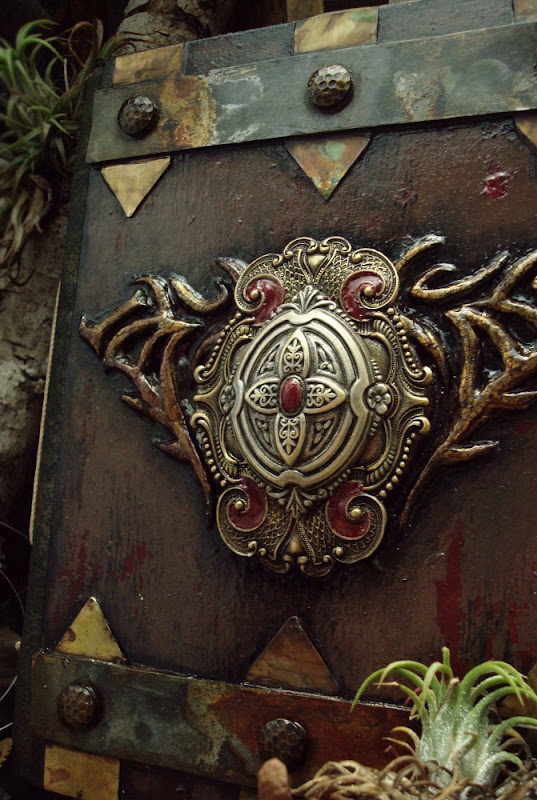 The central motif was derived from a pair of wings which the “Unseelie King” in the series was said to have possessed. The wings were then stylized and made into the motif you see, and then hand-sculpted with clay to achieve a 3D effect. 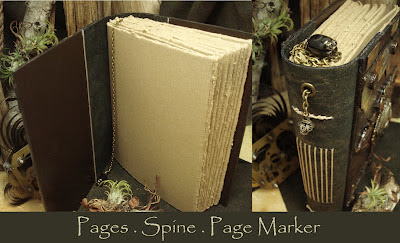 i think if i'd forced a Lovecraft, i wouldn't be truly satisfied with it. but i loved how this turned out ... becos i knew where this was coming from, i could immerse myself in that world, and it was real for me. the creative process is always more enjoyable when you're comfortable with what you're doing.
Posted by Luthien Thye
Email ThisBlogThis!Share to TwitterShare to FacebookShare to Pinterest