of epochs, excaliburs and editorials

after giving myself a break from taking orders, i am slowly getting back into it. it was break i should have taken earlier! this week i completed a new journal and an old old commission that i've been putting off becos i just couldn't do it. i hope she still wants it! i realized that if i ever get into this seriously, like having a studio and doing this full time, i need to find a way to get myself out of this kinda 'rut' situation where my mind's telling me to be responsible and go finish the commission, but my heart is acting like one of those spoiled Hollywood brats whose only vocab is 'NO'.

anyhow that brat's gone, and here's something new i made ... it began as an experiment but turned out pretty convincing. sometime ago i did an online class with Mr Supremely-Awemazing Michael deMeng (one of my 3 favorite artists of all time) and he taught us how to use something called caulk ... yea, the kind for home repairs. this could be a cheaper alternative to texture paste. so when i had this design in mind, i wanted to try his 'caulk' tip. 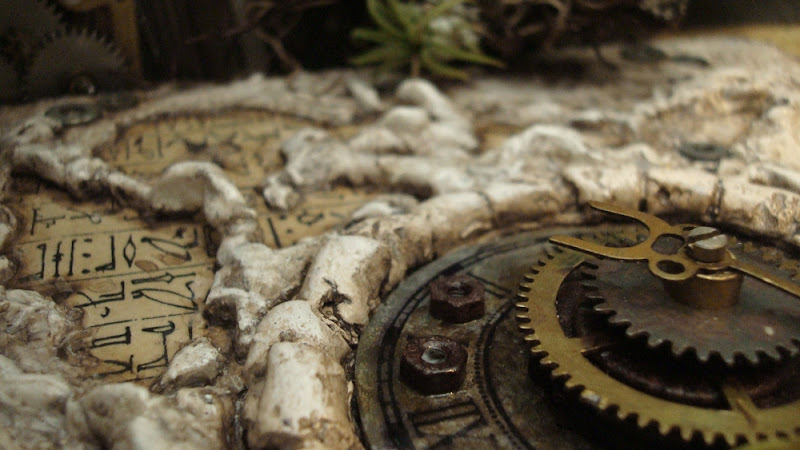 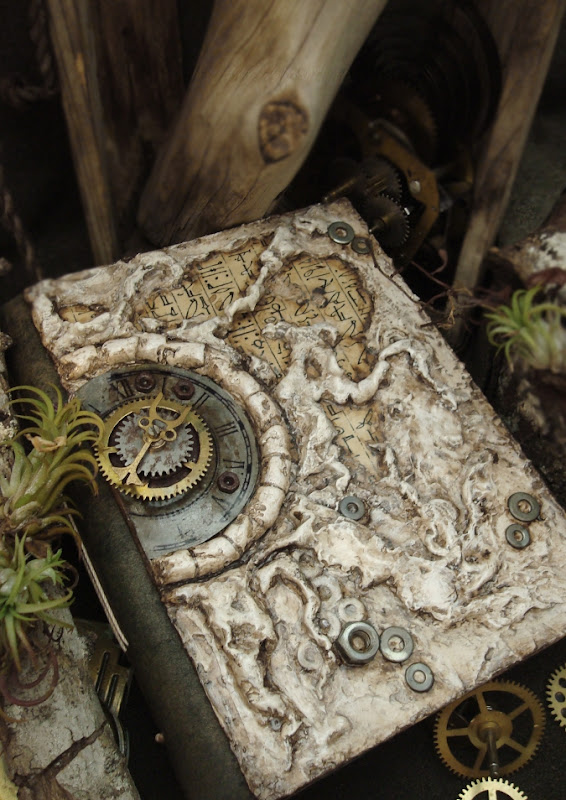 the base of this cover was covered with the caulk substance and the raised areas is epoxy clay. you can see that after painting and aging, you actually couldn't tell between the 2 mediums! so that was pretty cool.

next, is the commission that i was finally able to complete. it's a revisited version of my Nimloth of Eressea journal, but with a twist. 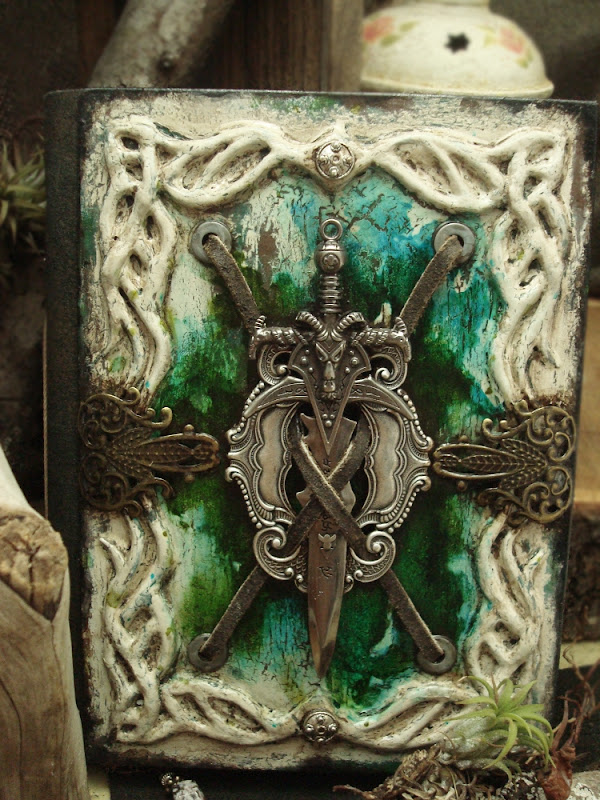 the client wanted it to have a sword and a crest of some sort and wanted the base to be forest-y green. something that a horseman of Rohan would carry. and altho the sword comes from another fantasy game call Warcraft, i thought it looked pretty lethal when put together in this assemblage.

them books was what kept moi busy last week, amidst the treadmill-ing, and the extra cardio running after baby Maia. oh YAY!! Maia is finally walking!! at 17 months! and now she's running ... *pant pant pant* ... better exercise than my treadmill actually (O_O)


there's one last thing i wanted to share. last month i made a couple of earrings and listed them on etsy. one night i received an email from a sweet lady named Debbie Blair who turned out to be the Managing Editor for a magazine called Handcrafted Jewelry. and it turns out, they wanted me to do a tutorial on one of my earrings, to be featured in their Fall's 2012 magazine! YAY!! 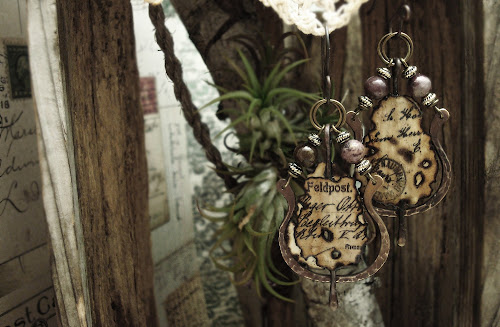 i accepted and a tutorial on how to make "Ephemeral" will be coming out around September in the Fall 2012 issue of Handcrafted Jewelry :)


before i go, for those of you who are interested in caulk, this is how it looks like and one of the surfaces you can create with it. you need to buy the acrylic or paintable caulk. don't get the silicone base ones, cos you can't paint on them. comes in a huge tube and you'll have to get a 'gun' to use it ;)

epic!
Posted by Luthien Thye
Email ThisBlogThis!Share to TwitterShare to FacebookShare to Pinterest