i often tell my frens, depending on the time of the year, i'm a Witch, an Elf, a Narnian Queen or a Vampire. so if you think about it ... i'm actually shapeshifter. i shape shift according to what's on the blockbuster ;) and now it's time to shape shift once again. it's time to turn into an Immortal :) call me Ms Cullen ;)

ok ok ... i am shameless i know! but my kids are too young to know that their mommy is shamelessly a Twi-fan. (and a Potter fan, and a Narnia fan and an elf living in Middle Earth) ... so i'm safe!

being a Fantasy genre fan, i am anxiously anticipating the premier of Breaking Dawn 1, which will be on the 18th Nov. i probably won't get to catch it on premier night unless the cosmic energy is smiling upon me, but i am trying very hard to bribe my MIL to come babysit baby Maia so i can sneak off to watch Breaking Dawn the week after premier :)

and of course, whenever there's Fantasy amidst, the Muse wants to play.  inspired by 3 main storylines that attract me in the Twilight Saga, i have come up with a series of 3 wearable book necklaces. Here's the Twilight Pas De Trois (Pas de Trois is a term i learned in Ballet ... it's a dance by 3 people) 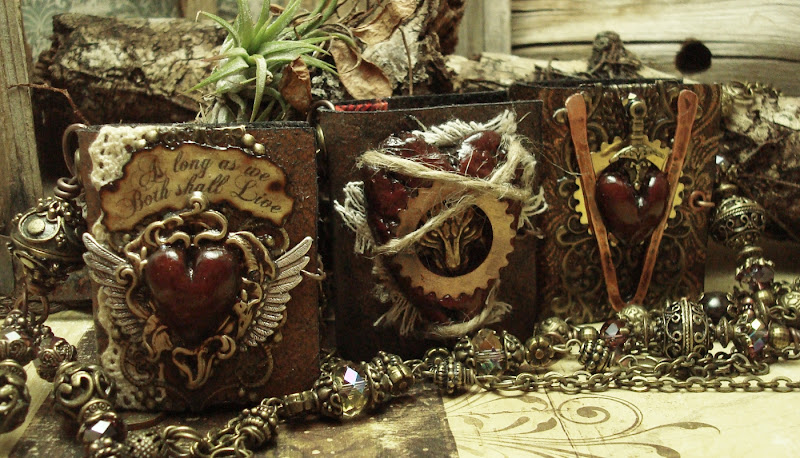 each of these pieces is a personal interpretation of the 3 storylines using the symbol of the Heart as the underlying theme. 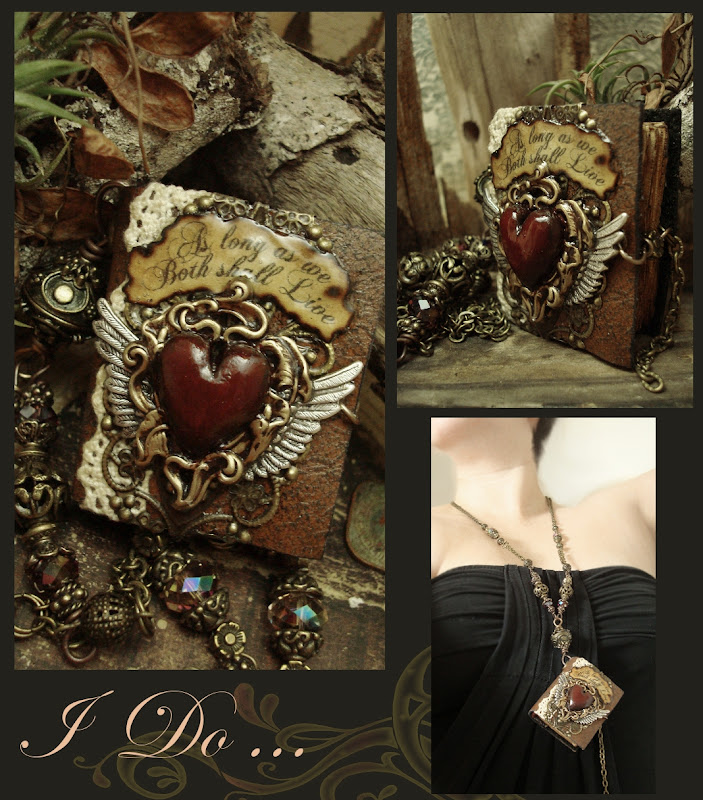 I Do symbolizes the point in time where Bella and Edward give their self(s) to each other. the wedding is the confirmation of Bella’s willingness to give up her mortality to the man she loves. the wedding also marks the point where Edward in actuality gives up his comfortable and solitary life to a shared existence, for better or for worse. he knows that this path would not be an easy one for it may cost his and his family’s existences, but is still willing to take the risks for the mortal he loves. 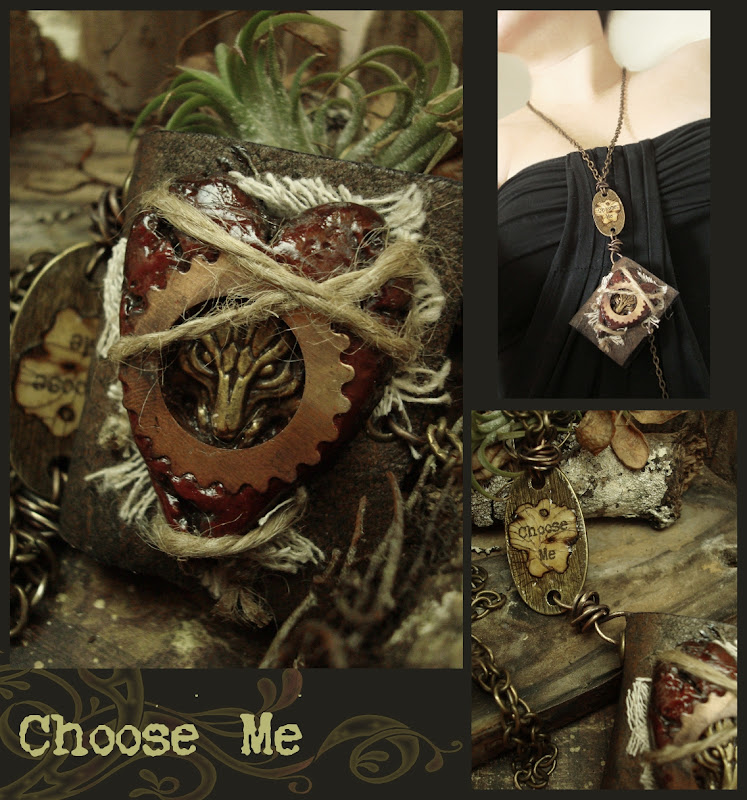 Choose Me symbolizes the constant pain and struggle of Jacob Black. a wolf trapped and bound in a man, not of his choosing but of his heritage. his heart trapped and bound, at his own choosing when he chose to love a person who cannot reciprocate, yet he is willing and would even sacrifice his life for her. raw and rustic, yet true and righteous is this man-wolf. 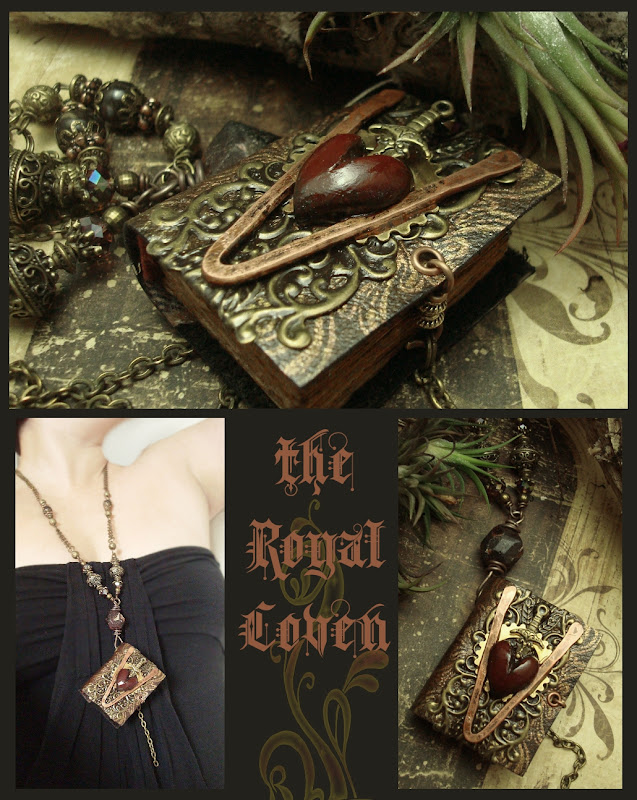 The Royal Coven is a manifestation of extravagance, royalty, opulence and indulgence. it is regal but cold, it is ornate yet stylish. but mostly, it is passionate, yet … there is no compassion, as symbolized by the dagger striking straight into the Heart. the large rough Garnet nugget also depicts this coven's carnal blood-lust. it is the embodiment of the Volturi.

there you go! my twi pieces :) now off to bribe the MIL ;)
Posted by Luthien Thye
Email ThisBlogThis!Share to TwitterShare to FacebookShare to Pinterest