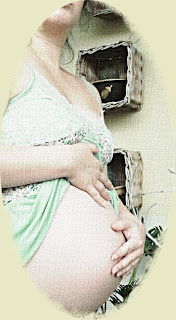 i have nearly forgotten what it was like to be pregnant. my older girl is 5 and i am 5 months pregnant once again :) the first trimester hasn't been particularly easy but i think my body feels at home now. all the tests that a "high risk" aka "not-too-young" preggie has to go thru, i went thru them ... even the amnio test where they would insert a giant needle into your bloated belly, and into the placenta to extract the amniotic fluid of the baby. then the fluid would be sent to the lab and the chromosomes grown to check for signs of down syndrome. from the external probe that the dr used during this procedure, i can actually see the needle go in! the procedure takes about 10 minutes and there was one point, my little girl's hands were paddling towards the needle!! woah! talk about scary! and yes ... once the lab grows your baby's chromosomes, they also know if it's an XX or an XY :) and llara kaye is totally thrilled to have a sister :)
there are many taboos for a preggie in a chinese family. of course i had forgotten most of them after a lapse of 5 years. nevertheless, mil is always at hand :) only the other day i was reminded by mil, that i mustn't do any cutting, sewing or gluing on the bed. i remember a story that my paternal grandma told me of a personal experience. when she was preggers with my uncle, there was one time she had forgotten all about not sewing in bed, she embroidered a sunflower on her pillowcase ... the sunflower had 13 petals. and when my uncle was born, he had 13 fingers! was it just a coincidence? well, obviously my grandma didn't think so... but we all know that's just a medical anomaly and can be rectified just as easily.

of course, there are other taboos, like no renovations (especially hammering) in the house, no moving to a new home and no moving the bed. all of which i did when i was 8 months pregnant with llara kaye. naturally, i didn't tell my mom or my mil until everything was done and we were nicely settled in the new home. the dirty looks we got! but i'm truly lucky to have quite a cool mil :) other mils would have blown their tops ... mine just shook her head ;) apparently a cleft lip or similar disfigurements might result from hammering ... hmmm ...

i've never quite understood what the reasons are, for all these taboos. i guess being 'taboos' you dun actually have to understand them, you just have to follow them. but me ... being a rebel, i dun really follow them. well not true ... i sorta 'choose' which ones to follow just to appease the older folks ;) like i would refuse to stop hammering my wires for my jewelry making. and then mil would reluctantly smile and say, "well ... as long as you don't hammer nails into the house walls" ... and for being so lenient on me, i would not dream of hammering nails into the wall ... just for her :)

pineapples are not allowed, apparently it encourages miscarriage. no scary movies, monkey movies and such, for fear the baby might turn out looking like the scary character or the monkeys in the movies. oh dear ... i've been watching plenty of edward cullen and true blood!! yikes!!

interesting isn't it, being a preggie in a chinese family :) well ... that's just half the story. wait till you hear what happens after the baby arrives ;) but i'll keep that for another post ... this is long enough already ...

well, i'm off to fetch llara kaye from kindie.
happy pimping! :)
Posted by Luthien Thye
Email ThisBlogThis!Share to TwitterShare to FacebookShare to Pinterest