"B" for benicio, blunt, balance and back again

influenced by both the realms of dark and light, i create …
and depending on which of these two realms dominate my frame of mind, my creations vary from one spectrum to another.i constantly struggle to balance these two aspects within me so that i may not delve into either one too deeply. i frequently wonder if i could strike a balance … somewhat ...
i have come to realize that i am inspired mostly by movies, characters and the stories they tell. and a great percentage of these movies are fantasy based. i am unrealistic? ... yes. i live in a make-believe world? ... most probably. i am happy in there? ... most definitely!

my latest movie experience was wolfman :) yes ... wolfman. if you are not into gory, shock treatments and body parts flying around, please do not go. i didn't know, so i went. but i braved through it, only closing my eyes during 2 parts ... but beyond that, i found mesmerizing beauty in the set locations which were purely english (yes lisa wright ... stop smirking;), the gorgeous pre-industrialization costuming, the hypnotic atmosphere and the stellar cast of sir anthony hopkins, emily blunt and above all, benicio del toro.

i could have kicked myself for NOT knowing who benicio del toro is all these years, and even thought he was the harry potter director guillermo del toro ... and altho i wouldn't call "wolfman" his ultimate award winning piece (far from that actually) but it certainly made me curious enough to google "benicio del toro" ... and my ... what a treasure of an actor i found! 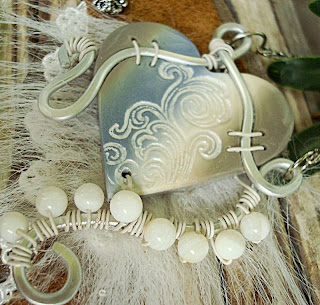 as always, my twisted little mind went to work. but if you have been following my posts, i was into creating "light" of late :) ...

i clearly had other plans for this little baby here ... something in the essence of light ...

but i couldn't stop thinking of the duality, the darkness, the forbidden, the curse and the conflict that is wolfman. and all my previous plans for this little baby ... seem to fade magically.

yet ... there is an attraction that keeps me wanting to hold on to the purity and the good in this piece. and in my mind, i saw the face of gwen conliffe played by the ever beautiful emily blunt to perfection.

so after a couple of nights of assembling and dismantling the piece ... and my mind ... this is 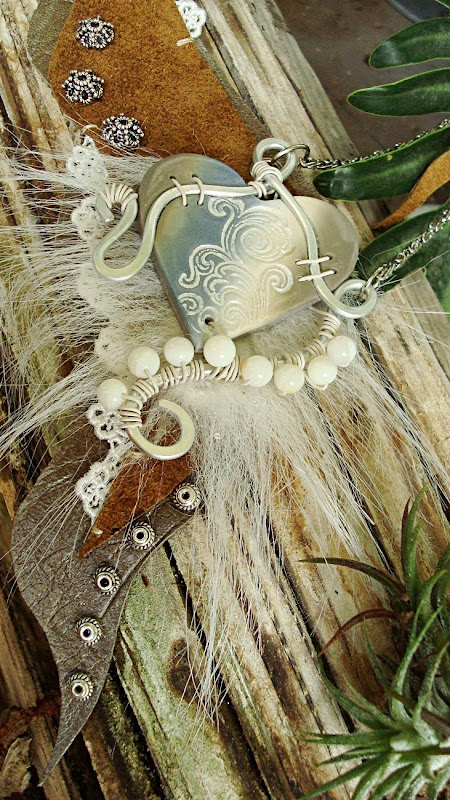 and i realized that this might be the closest i have come in striking a balance between light and dark. i saw in this piece, a marriage between the characters of del toro and blunt, the duality that is in the man and the beast, the balance that could have been, between the pure and the untamed. 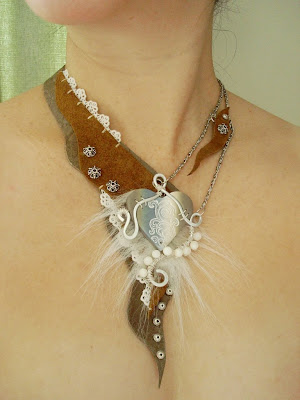 when i began making adornments just a little more than 6 months ago, i had in mind, selling. so i made things that were wearable. but lately, i feel that has changed a little. in that, i am reverting back to making adornments that look more like a "costume". i realize that these pieces probably won't sell, but they satisfy the psyche.

so have i gone "there and back again"? it seems to me that i have made a full cycle.

i did manage to find some pics of the costumes i made. the ones in white background must be at least 10 years old! GOSH!!! i'm old!!! ancient!! 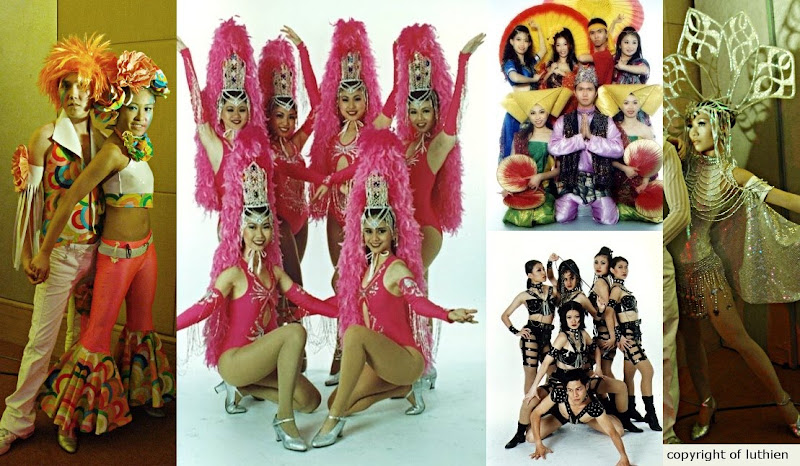 what a long post ... i hope i haven't bored you to tears already!! i shouldn't write anymore "contemplative" posts ... UGH!! 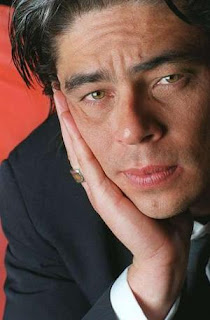