early last month mr L, a good friend of me and my hubby, mentioned that he wanted me to create a pendant for him. it was to be a christmas gift for the love of his life :) isn't that romantic :)) ... and guess what, i'd totally forgotten about it until he mentioned it again last week! that's not romantic :( ... fortunately it's still a week to christmas and thank goodness i dun have to ship it :p

so over the weekend i've been trying to contact my muse over sms, since she's somewhere playing snow, but progress has been slow due to communication breakdown. i told her that mr L's only condition is ... it has to be green. you would think that that's easy enough, since green is the favourite color of both me and my muse, but no ... we couldn't agree on the style *sigh* ... she wanted it to be rugged, but for some reason i'm feeling a little bohemian ... maybe it's becos of those wretched bills i had to pay, and now i'm sort of living the life of an impoverish artist :p

anyhow, we manage to come to an agreement after threatening that i'll fire her (with the clay :p). and to my surprise, combining polymer clay, antique gold filigree, shiny glass beads and rustic leather cords produced some interesting results! so sometimes it's alright to fight with your muse :))
this was the first piece i had in mind for mr L ... i had called it ... bohemian rhapsody 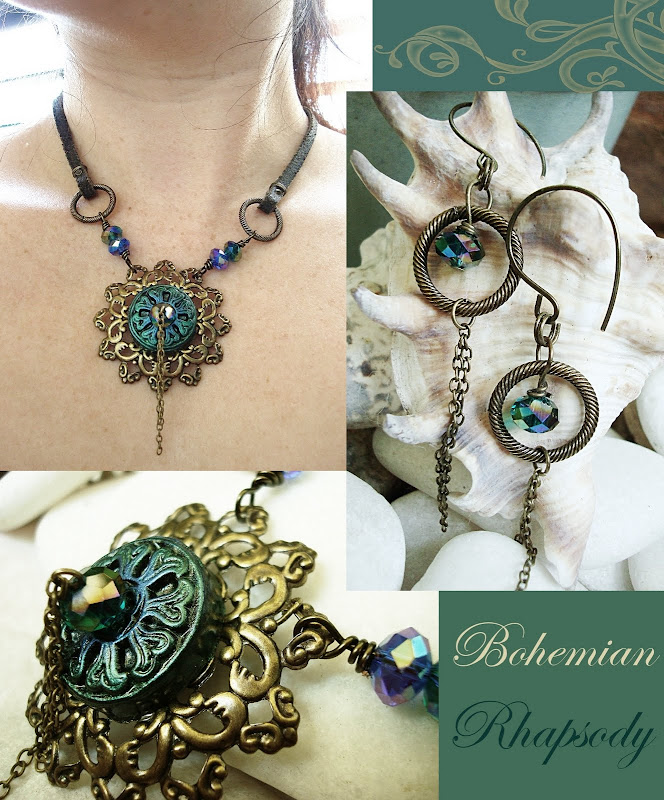 and since i was already starting the oven, i might as well bake a couple more stuff in there ... economies of scale, you understand :) and came up with 4 more pieces. 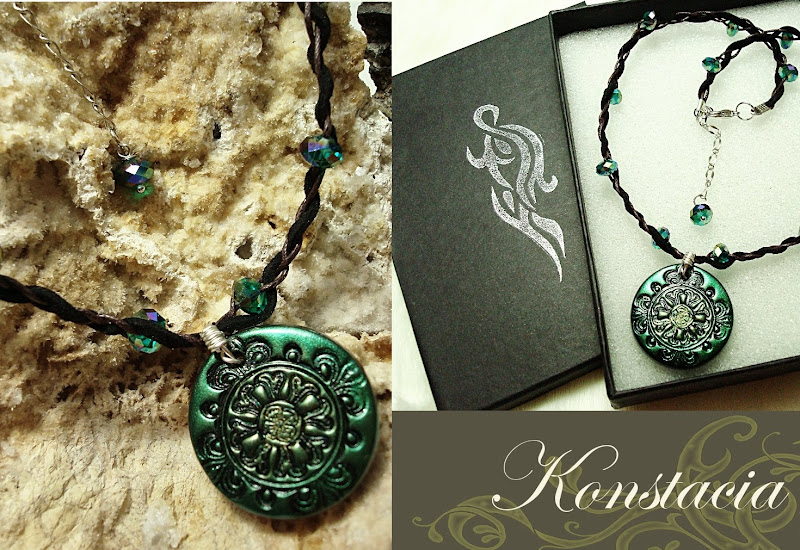 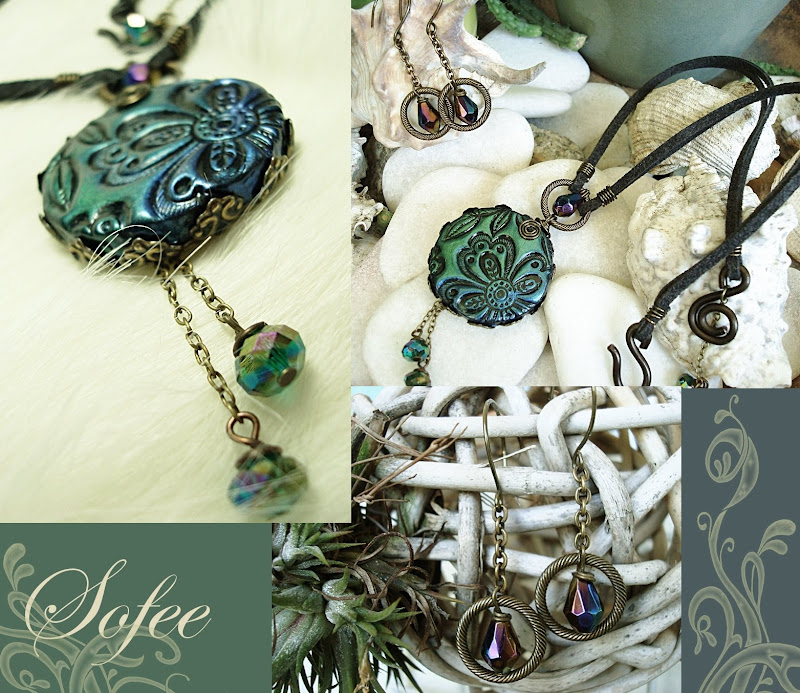 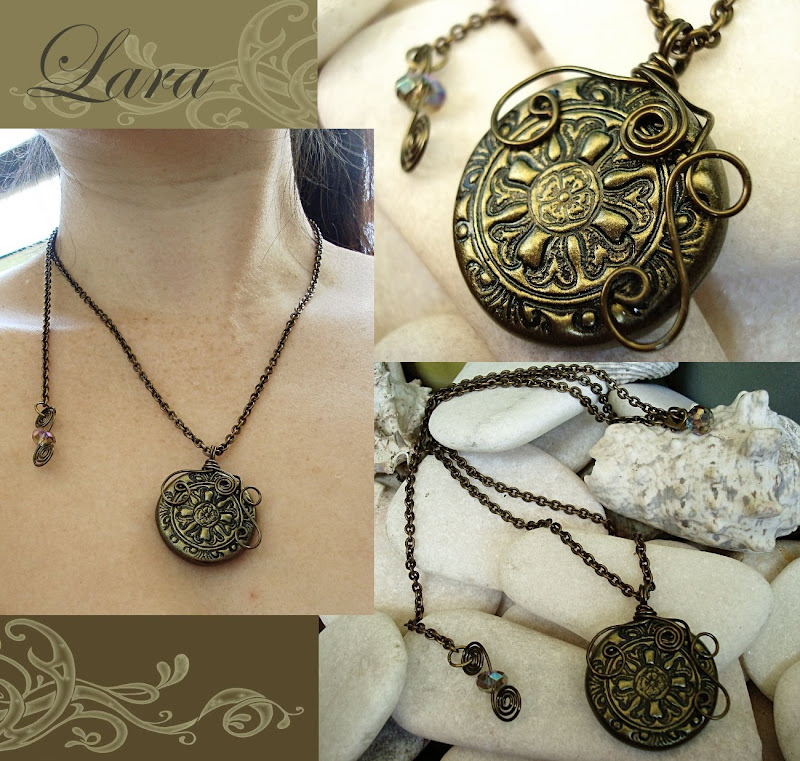 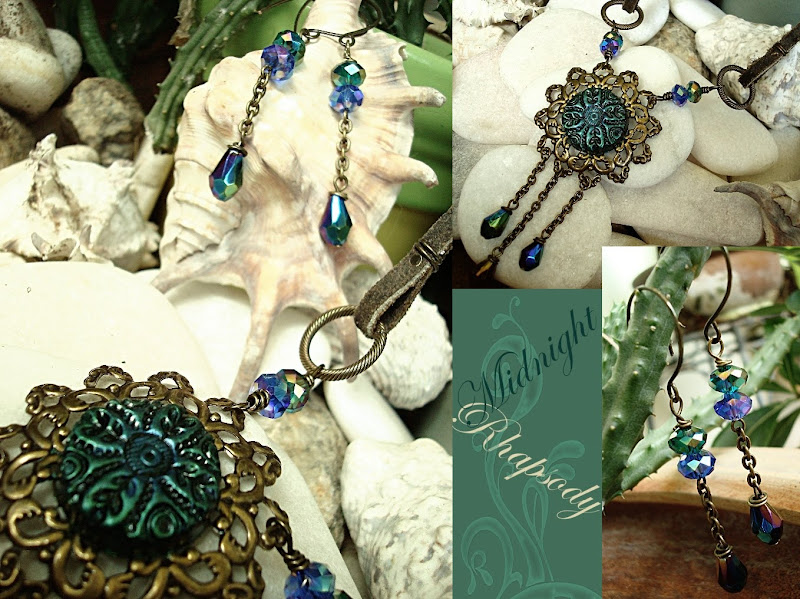 i shall let mr L choose first before i list these in my etsy shop. i owe him that much for forgetting his gf's gift ... UGH!! i sure hope he likes at least one of these!