mooncake festival and something NOT green and blue! 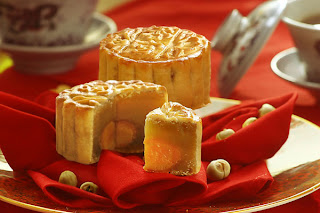 the chinese mooncake festival falls on this weekend :) and i haven't had a single mooncake yet!!

the mooncake festival, also called the mid-autumn festival or lantern festival is to celebrate the end of the summer harvest. it usually occurs in late september or early october and on this day, the moon is said to be in it's full glory. as a kid, my bros and i looked forward to this festival where mom would buy us each an animal lantern weeks before the festival and we'll be walking around with it for weeks! 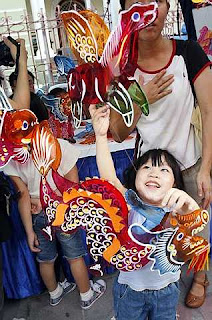 on the night of the festival we would have a family gathering and eat plenty of mooncakes! after dinner, the kids would then go out into the garden to "play lantern" and fireworks :) we would light candles all around the fences and i remember the neighbourhood kids (and the adults) would all gather at someone's house (usually ours) to just chat, eat more mooncakes and open pomelos. the adults will tell us stories and one story i particularly remember, not becos it's funny or anything, but becos they kept telling us the same story every year :p.
it was a story about how the chinese used mooncakes to overthrow the mongols and got their land back. it is believe that during the mongol rule in china between 1280–1368, all gatherings were banned for obvious reasons. so one smart guy from the village thought of a way to spread the rebellion word around by inserting notes into the mooncakes and distributing them to all those who celebrated this festival, which was practically all of china besides the mongols :) of course word got around and each and everyone who got the note in the mooncake gathered and the rebellion began. the chinese successfully overthrew the mongols and got their land back. and that became another reason to celebrate the mooncake festival.

and coming back to the family gathering ... after all the food, and the mooncakes, the pomelos, the gossips and storytelling, the night would end with the burning of the lanterns (if it's not already on fire before that :p). all the kids would be so sad but the adults would assure us that the better the lanterns burned, the better the luck of the family would be in the coming year. and with better luck we'll all get bigger lanterns next year!

so in accordance to the mooncake festival (just an excuse actually) i have created something not blue, not green and definitely not turquoise! and i'm so proud!! *gives myself a pat on the shoulder* this is asian mod ... the bead :D 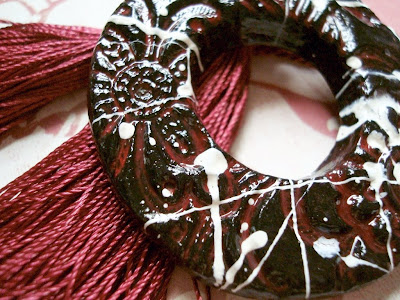 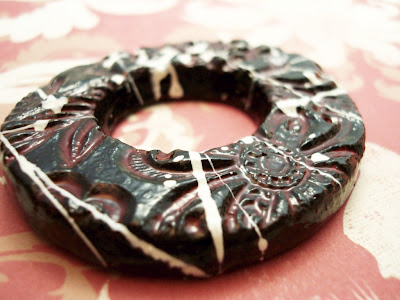 this asian inspired creation is given a little abstract twist with the paint splatters :) i really quite love this one. the images dun really do it justice...

and this is asian mod ... the refrigerator magnets :) 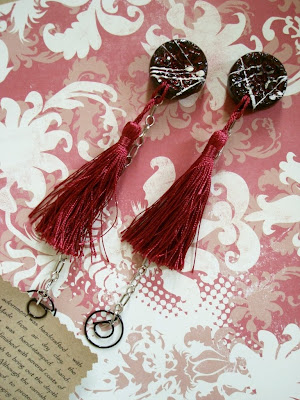 as you can see, i like the idea of getting multiple uses in one item (the chinese in me indeed! :) so i've added a clip at the end of the magnets. now you not only can hold notes with the magnets, but can hang notes off it as well! 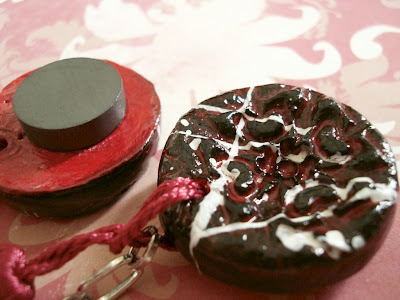 i'm going to list these in my etsy shops, bead in ithilien and magnets in pimp&paint ... well, as soon as etsy allows me to :))